Symptoms and treatment of depression at home independently

Depression-a disease of modern man, which negatively affects the emotional balance, worsens the quality of life, affects its various spheres.

The onset of depression is not necessarily accompanied by psychological trauma. Sometimes the disease arises for no reason.

The correct diagnosis of depression is not so easy, because it is one of the symptoms of psychosomatic diseases. Diagnosis begins with a conversation, a patient interview, various tests.

There is a so-called "depressive Triad" on which the disease is determined.

after consultation the doctor conducts clinical evaluation. It is possible to pass tests, to undergo a test of functioning of a thyroid gland to reveal possible diseases influencing mood.

Suicidal thoughts occur in people suffering from severe forms of depression. In this case, you need to ask for help from a specialist.

Types of depression and causes

There are several types of depression:

Exogenous depression takes place when a person accepts a situation as it is or finds the optimal solution to the problem.

It is difficult to cope with endogenous depression, as it provokes the development of serious mental illnesses.

Doctors opinion on this matter diverge. Some agree with the wording of the types of depressions described above. Others argue that exogenous depression is no less dangerous than endogenous. 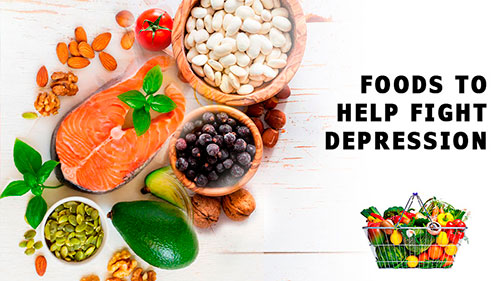 This disease has been known since the ancients, but it began to be seriously studied only in the 19th century, when the term “depression” appeared. Prior to this, the oppressed and depressed mood of the patients, which could last for weeks and months, was called melancholia. Moreover, the same name was used by ancient healers, including Hippocrates.

Depression - a modern illness or a dangerous mental state?

In 2013, an article appeared in the journal JAMA Psychiatry that, according to research by American scientists, depression affects 30.6% of men and 33.3% of women.

The difference is not big, but women are more prone to its appearance. In addition, in different countries the incidence statistics are different. For example, according to the National Institute for Health and Clinical Improvement (NICE), in the UK, 17 out of 1,000 men and 25 out of 1,000 women suffer from this disease. If you count people who are feeling depressed, their number among both sexes will increase to 98 people per 1000. And studies in Australia showed that only 1 person out of 5 people suffering from depression comes to specialists for help, while the rest do not even They suspect that “chronic pain, insomnia and fatigue” are characteristic signs of a severe mental illness.

Men and women, old people and teenagers can observe various symptoms that are accompanied by a feeling of depression, dissatisfaction with themselves and eternal fatigue. These are terrible consequences that can affect the entire body as a whole and cause irreversible changes.

He said that "melancholia is a separate disease with its own physical and mental symptoms".

Almost everyone knows that depression is most often treated with antidepressants today, but this is not a panacea. Previously, the disease was successfully treated with music therapy and a complex of useful tinctures. Today, in the treatment of depression, doctors advise first of all:

Proper nutrition in the fight against depression

Recent studies have shown that residents of Scandinavian and Asian countries are less prone to depression than residents of other states. And the thing is that they eat.

Doctors argue that, even despite the lack of a diet for depression, as such, you need to remember that there are certain products that can help cope with depression, but also influence the further course of its treatment.

Doctors list groups of products that must be present in the diet of patients, as well as the diet of healthy people to prevent the development of depression.

These are stimulants of good mood, which contribute to the production of serotonin and, thereby, significantly improve our well-being. But they are not equally useful. Sweet donut can be replaced by fruits, vegetables and cereals, it will be useful due to the content of dietary fiber in it.

For example, chicken or turkey meat. It has tyrosine, which increases the level of dopamine in the body. As a result, a person has a feeling of anxiety and concentration improves, as well as an increase in the level of vital energy, fish, soy and dairy products, legumes can be consumed.

They reduce the risk of developing this disease. It is best to choose vitamins B2 and B6, supplementing them with folic acid. These can be fruits, vegetables, whole grains, nuts and legumes. Amino acids, in particular tryptophan. It stimulates the production of serotonin and permanently relieves annoying depression. In order to replenish body reserves with tryptophan, you should add more meat to your diet, better than chicken, fish, eggs, soy products, chocolate, legumes and oatmeal.

This seasoning can not only fight depression, but also improve the effects of antidepressants.

It has a beneficial effect on the work of the heart and brain, calms and improves mood. It contains L-theanine, the amino acid is quickly absorbed and penetrates into the brain, has a positive effect on its work.

It has omega-3 fatty acids, essential for normal brain activity.

They have alpha-linolenic acid, or a type of omega-3 acid, which improves brain function, helps to keep calm and prevents the emergence of feelings of anxiety, as well as magnesium, contributing to the production of serotonin.

They have melatonin, or a hormone that allows you to regulate sleep. Insomnia is a frequent sign of depression.

Any other kind of it will do. These are natural antioxidants.

It not only improves mood, but also contributes to the development of useful substances for the normalization of brain activity. Also, despite the content of a small amount of caffeine, (100 ml of cocoa from natural bean powder is 5-10 mg of caffeine, which is six times less, than tea and 12-15 times less than coffee), cocoa contains special substances that enhance mood and reduce anxiety.

Consider several stages of the disease.

Some people easily overcome all obstacles, others fall into despondency, which turns into a deep depression. This is a serious disease that requires a competent approach. 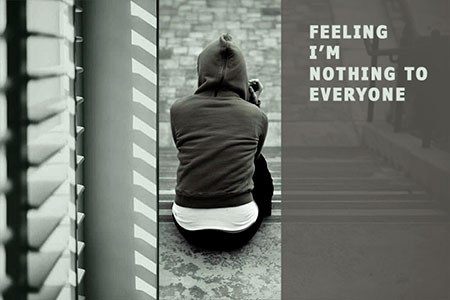 Endogenic depression provokes a certain combination of traits, unfavorable heredity, lifestyle. This type of disease is manifested as a result of emotional tension, in which the person stays for years.

People who are inclined to control, are seldom satisfied with their lives, they try to foresee everything, to realize, to achieve the set goals. In addition to these qualities, they are too sensitive, worried about the opinions of others, vulnerable and emotionally unstable.

If things do not go as planned, the person escapes, breaks away from others, is often frustrated, feels depressed and devastated. In this scenario, endogenous depression develops with all the ensuing consequences.

The psycho-emotional state of the newly-baked mother is unstable. Many women after the birth of a child experience a depressive condition.

Symptoms of postpartum depression are as follows:

This is important: do not confuse a character with a mental disorder that can last for years.

Most women are coping with postpartum depression. But there are those who can not get out of the constantly depressed state without the help of the third party. Support of close people plays an important role, if necessary to consult with the Doctor.

None of the existing medicines have been recognized as the best in the fight against depression. Most drugs eliminate the symptoms of the disease, not the cause.

Antidepressants are as popular as ever. They really help, but only in the case of appointment by a doctor.

Drug treatment provides for admission: antidepressants, neuroleptics, Normotikov, antihypoxants. Taking the above mentioned drugs, be sure to follow the dosage.

Self-treatment of depression at home

Self-treatment of the disease is appropriate in the early stages of development of depressive state and inadmissible in serious psychiatric disorders. There are many ways of getting rid of depression, consider the most famous.

Pharmacies are full of antidepressants that are sold without a prescription. Drugs eliminate anxiety, insomnia, relieve of depression.

Strong antidepressants without a prescription are not sold, but light pills that affect the health and mood to buy can.

Some vitamins and amino acids stabilize the mood, give cheerfulness and energy, have a mild calming effect. Indications for depression: B vitamins, vitamin C, D.

Physical exercises in the fight against depression

In the fight against bad mood and depression helps the running, which contributes to the development of endorphins, responsible for the feeling of joy.

Not only jogging helps to get rid of obsessive thoughts. Dancing, biking, hiking, swimming and more can help. Choose an activity that gives you pleasure and start practicing, however difficult it may be at first.

It is known that water purifies not only the body, but also the soul. Regular water procedures relieve psychological and emotional stress.

Take a bath with aromatic oils with a relaxing and soothing effect. This is the easiest way to improve your mood.

Take a bath twice a week with the addition of Valerian root infusion and pine needles broth.

If there is time, do not deny yourself the pleasure to resemble the water (a river, lake), not necessarily bathe. 5 minutes is enough for you to feel the relaxation and forget about the problems.

Wear warm socks on wet feet. Walk around the room until the feet are completely dry.

With a bad mood, a decline of strength, depression cope with the shower. Taking a shower, imagine that all the problems go along with the water.

Many are accustomed to seizing their problems, hence, overweight and obesity. It turns out that there are products that have a positive effect on the emotional state, and do not reflect on the figure.

In the period of depression take care of the diet, it should be full. Among the products of antidepressants stand out: bananas, strawberries and black chocolate.

Vitamin B, which is present in the products, has a relaxing effect. Regularly use: shrimp, salmon, tuna, chicken, beef liver, hazelnut.

Do not seize the bad mood of confectionery products. This habit is even more depressed and makes you suffer a sense of guilt. Learn to replace harmful foods useful.

What people will not come up with to improve their wellbeing. Some are treated with herbs, others do acupuncture gymnastics, third change the way of life, introducing in it useful habits.

In the chemical composition of honey are substances that positively affect the nervous system.

These are anti-stress substances that help to withstand problems, cope with insomnia, relieve fatigue and apathy, reduce nervous excitability.

Some drinks, as well as products, have anti-stress action.