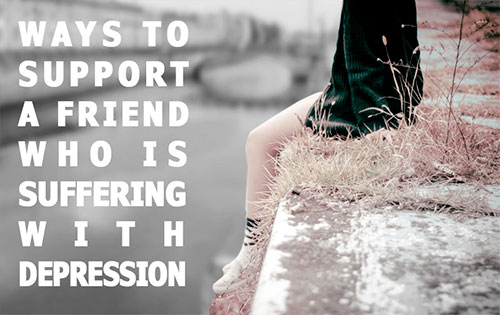 Teenage depression is a severe mental disorder is thrown between the ages of 11 and up to 16 years, characterized by a sharp decline in mood, emotional disorder, suicidal and negative statements or intentions.

Today, psychologists around the world are alarmed by the increase in the number of teenage suicides, crimes and addictions that occur amid mental disorders. According to some reports, every tenth teenager in developed countries is experiencing one or more episodes of depressive state during puberty, which can then go into a full-fledged mental depressive disorder.

Every year, because of teenage depression, thousands of teenagers end suicide, become addicted or gambling, leave home or commit illegal actions and most of them-children from prosperous families, whose parents believe that they Have done everything for their child. What to do if the child suddenly appeared signs of teenage depression and how to cope with this dangerous disease?

Causes of depression in teenagers

During puberty changes the behavior of all children without exception, someone carries hormonal "storms" calmer, and someone falls into a real depression, and, very often, parents and the surrounding teenager seems that the reasons for this There is no disorder and cannot be.

Depression, as well as other changes in the behavior of a teenager, arises because of and against the backdrop of a sharp hormonal imbalance caused by the onset of sexual organs.

During this period of acute emotional sensitivity, and the lability of the nervous system does not give the opportunity to calmly respond to all sorts of stimuli that "strike" on the psyche of a teenager. Lack of life experience, inferiority complexes, self-doubt, cruelty and aggressiveness in the adolescent environment cause neuroses, which can cause depression.

If an adult has a depression that develops for months or years, teenagers with depressive neurosis may experience a few weeks or even days. In turn, parents do not even know about the presence of some problems in the child.

Teenage depression occurs on the background of 2 main processes occurring in the body and the consciousness of the teenager:

To provoke the onset of depression in teenagers can do anything, the exact causes of the disease can be clarified only after long conversations with the patient and monitoring his condition.

Most often teenagers suffer because of:

It is quite difficult to distinguish the manifestations of the next "Caprice" or ordinary pubertanate riot from the symptoms of teenage depression.

It is important to remember that if the behavior of a teenager abruptly changed or a bad mood does not leave a teenager for 1-2 weeks, it is necessary to apply for qualified help. In fact teenage depression develops rapidly, and its consequence may be attempts of suicide, drug addiction, vagrant or social behavior of teenagers.

Depression in a teenager can be suspected if:

All these symptoms alone may not be the criteria for diagnosing teenage depression, but if your child has 3 or more symptoms at the same time-it is a reason to think, to pay more attention to the child and consult with a specialist.

Depression treatment begins with a visit to a therapist or psychiatrist. Only a qualified specialist will be able to assess the severity of the patient and prescribe appropriate therapy. It is important to follow the recommendations strictly.

In mild form of disease and early treatment is enough psychotherapeutic and non-medical treatment. In such cases, appoint a family and individual psychotherapy,